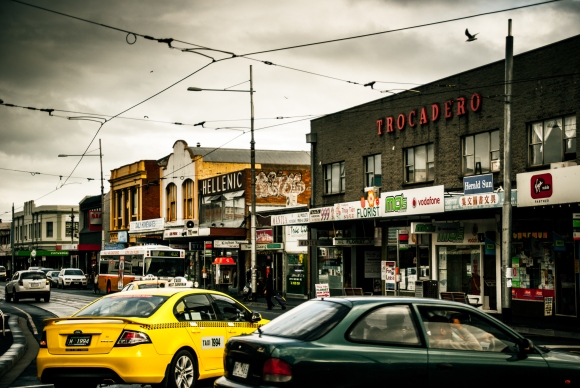 Footscray is somewhat of a misunderstood place. People who have never been there believe it to be some fantastic distance from the rest of Melbourne that they bother to visit and/or that it is some sort of terrifying ghetto where you will be simultaneously offered hard drugs, mugged and murdered. In fact, Footscray is only about six kilometers from the city centre by road (about the same distance as Northcote) and, in the dozen or so times I’ve been there in the past few years, I have never been offered so much as a joint. Disappointing, no?

The bad reputation has some element of truth to it; Footscray suffers from some social problems, such as alcoholism, that are typical to areas with lower socio-economic statuses. However, despite the fact that you may find yourself waiting at the train station next to a bloke who had had more stubbies that afternoon than he has teeth, the central retail/market area, as well as other places worth visiting (such as the area down by the Maribyrnong River), are sufficiently safe and non-threatening. In any case, the social profile of the area should change dramatically as gentrification makes its way West (whether this is a good thing or a bad thing or a complex social grey area is up to your perspective on the matter).

Sarah and I made our way down (up? sideways?) to Footscray last week, largely due to our determination to finally visit T. Cavallero & Sons, a pasticceria that has been in operation since 1956 and is famous for their magnificent cannoli. The cannoli are made to the original recipe and with the original techniques used by the shop for the past half century and are fantastically sweet and crispy, filled fresh with your choice of vanilla and chocolate custard or an almond and ricotta paste. At only three dollars each (and considering their size!), the cannoli are a fantastic value treat (especially as it would be a challenge to chow down more than one). We even got a complimentary amaretto biscuit each, which was beautifully soft and scrumptious. We had intended to sit down for a coffee but all of the four or so chairs in the tiny cafe area were taken, so we left with our delectable sugar products and kept walking.

Looking for a coffee and trying to pretend that we were working off the dessert, we walked down Leeds Street (pictured above) towards the railway station. Like the rest of Footscray’s central shopping area, Leeds Street is a hodge-podge of ethnic groceries, colourful discount stores and markets selling fresh produce. As we reached the station, the sweet, greasy smell of the Olympic Doughnuts van, another local institution of several decades, reached our nostrils and made us briefly consider tempting fate and the possibility of catastrophic heart failure (we did not succumb). Instead, we climbed the stairs of the railway station’s footbridge and, pausing to admire the view of the city from this vantage point, crossed the railway lines and headed down towards the river.

Familiar, perhaps, to those west of the Maribyrnong as the new site of the popular Laneway music festival, this portion of Footscray is an interesting mix of greenery and industry. From the Footscray Community Arts Centre and the adjoining Happy River Cafe, lawns and gardens slope down towards a trail connecting the more northerly reaches of the river with Yarraville and beyond, as well as a good view of ports, freightyards and various industria. We got hot drinks to go at the Happy River Cafe and reclined in some extraordinarily comfortable deckchair-style wooden seats outside. 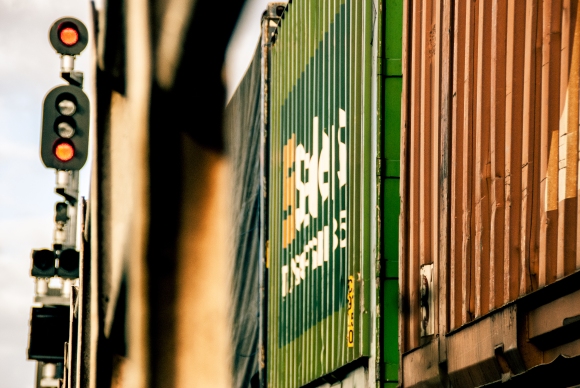 I went for a short stroll around the area, exploring the area around the Arts Centre, including where freight trains enter a tunnel underneath Footscray and some quirky street art, before setting off back home along the trail that runs along the river, connecting its more northerly reaches (Maribyrnong, Ascot Vale, etc.) with Yarraville and beyond. Having explored this area before, I would recommend the walk along the river as far north as Essendon West (it gets quite hilly thereafter) and, for those with bicycles, to follow the trail south to Yarravile, where one has the option of on-road riding or an off-road trail to Williamstown (and even as far as Altona on the trail through the coastal wetlands). We walked north past the Heavenly Queen Temple and its large, benevolent-looking statue, past the various green open spaces not associated with Footscray in the popular imagination (Newells Paddock and Footscray Park, the latter being “one of the largest and most intact examples of an Edwardian park in Australia”, according to Wikipedia), past the racecourse and showgrounds and from there to home.

One thought on “Adventure- Footscray”